Pasties the meal that forgives 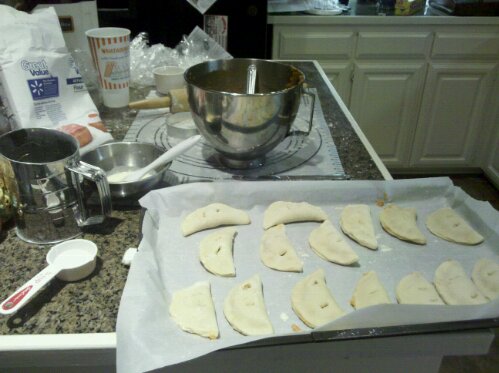 Pasty (rhymes with nasty) is a British pastry filled with an uncooked center, folded, sealed, & baked. Pasties is plural for pasty, not to be mistaken for it’s seductive friend Pasties. Pasties & Pasties aren’t easy to confuse if spoken aloud. But onwards!

1. Prep hand dough
2. In a small bowl (or 1 c measuring cup) combine apricots & bourbon; soak 1 hr, until softened & most liquid absorbed. I fill the measuring cup with bourbon, slightly below the rim. Preheat oven to 400°.
3. Wrap sweet potatoes in foil. Bake 45-55 minutes; until soft. Remove, discard foil, cool potatoes slightly. Remove & discard peels.
4. Reduce oven temp to 375°. Filling: combine sweet potatoes, apricots, bourbon, butter, sugar, nutmeg, cinnamon, cardamom, salt in a large bowl. Mash like homestyle potatoes.
5. Lightly grease (or use parchment paper) 2 rimmed baking sheets. On a lightly floured surface roll out pie dough to ≤¼” thick. With a 4-5″ circular cookie cutter, cut 16-20 rounds, rerolling dough as necessary. 1 heaping TBSP filling in the center of each round. Leave a ½” border of dough.
6. Mix cream & egg to form a dough wash; using a pastry brush, brush the edges of the rounds; fold in half and crimp the edges of the pasty together. Use a fork or your fingers, sealing it well. It may get messy! Vent the top of the pies with two slits.
7. Arrange pies on prepped sheets. Brush tops with remaining wash; sprinkle with the extra 2 tsp sugar. Bake 18-20 minutes, rotating sheets halfway through cook time. Should be golden brown. Wisest move is to bake one sheet at a time & prep the second sheet.
8. Remove from oven & cool. Serve warm or at room temp.

**Wrap the cooled pies in saran wrap (individually) & place them in a freezable container for up to 1 month. To thaw, sit out at room temp & serve. Will stay in fridge for 3 days.

Sorry, taking a Sabbath today.    See you on Tuesday!

Short & will return another day!

You will be made rich in every way so that you can be generous on every occasion, and through us your generosity will result in thanksgiving to God. 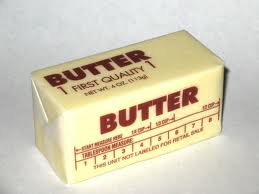 Today’s recipe is a portion of my newly tested Apricot-Sweet Potato Hand Pies. We start with the dough, then we’ll roll into the filling next week.
I made a test batch last week to get times, ingredient list, & skill levels.

This dough isn’t hard, but something that would help is a steel blade pastry blender. Most people have a little one with wires that cut the fats into the flour mixture until coarse crumbs form. This recipe however uses cold butter. Something I learned the hard way is that a little wire pastry blender won’t cut it, no pun intended. Invest in a heartier pastry blender if you’re going to be cutting the cold hard butter.

Hand Pie dough is high in fats because fats make things flakier, golden, and moist. Please remember to check how much of each ingredient you need before attempting, it’ll be a cold day in hell’s kitchen otherwise!

The skill on this dough is keeping it chilled while working it.
Prep Time: 30 minutes
Skill level: Easy Intermediate

1) In a very large mixing bowl combine flour, sugar, salt. With your pastry blender, quickly cut butter in the flour mixture. It should resemble coarse meal.
2) Combine egg yolks & ice water; stir to mix. Add to flour meal & stir with a fork until just clumping & all the dry ingredients are moistened enough to pat together. Do not overmix. Dough should not be wet or sticky.
3) Turn dough onto lightly floured work surface and with lightly floured hands, form in a ball. Divide dough evenly into 4 portions; forming each into a flat disk. Plastic wrap each disk; refrigerate at least 1 hour or up to 3 days.

SSS: When scared, where do you look?

Posted by hooplahicktx in Sermon Snippet Sundays, Verses on November 20, 2011

Have I not commanded you? Be strong and courageous. Do not be terrified; do not be discouraged, for the LORD your God will be with you wherever you go. Joshua 1:9

Just a few verses for when you’re afraid or fearful.

I sought the LORD, and he answered me;
he delivered me from all my fears. Psalm 34:4

Humble yourselves, therefore, under God’s mighty hand, that he may lift you up in due time. 7 Cast all your anxiety on him because he cares for you. 1 Peter 5:6-7

Do not be anxious about anything, but in every situation, by prayer and petition, with thanksgiving, present your requests to God. Philippians 4:6

Movies that end without a happy ending, but I don’t want to spoil it for you, so if you ever want to watch these few movies, don’t go in expecting a happy ending. I won’t tell you what happens, but overall it’s not a joyful ending, there’s a little sadness to make the film so great. Yet, they’re filmed in absolutely beautiful scenery.

“Always the most precious, the last few drops. That’s luck.”

Tahiti The Devil at 4 O’Clock

“And I promise you I’ll never desert you again because after ‘Salome’ we’ll make another picture and another picture. You see, this is my life! It always will be! Nothing else! Just us, the cameras, and those wonderful people out there in the dark!… All right, Mr. DeMille, I’m ready for my close-up. “

“He was not a loony. He was the sanest man I ever knew in my life.”

” Mister, this is my birthday. Gimme the best in the house. “

“Joe, we can’t go running around town with a hot princess! “

London The Prince and The Showgirl

…But Liquor is Quicker!

This week’s TTT is focused on liqours, basic know-how, and types so that when you consume it (in your food of course) you know what you like & possible what to sub, but hopefully enough to purchase the correct kind!
I’ll go ahead & mention the three main base ingredients: corn, grain, sugars (including fruits). These items are then distilled, mixed with others, aged & bottled according to proofs.
The alcohol count is doubled, thus the proof is 2*Alcohol%.
Here are your major 6 groupings for liquor:
1. Brandy – made prominently from grape mash & other fruits aged in oak.
Types: cognac, armagnac, american, applejack & fruit flavored
2. Gin – very dry made of grain with juniper berry flavoring. Clear, & aging is unimportant.
Types: dry, golden, old tom (sweetened), flavored & vacuum-sealed
3. Rum – prominently made in the Caribbean, distilled from sugar, molasses & syrup, then aged in oak. Two main colorings.
Types: light bodied (pale, dry) & heavy bodied (dark, sweeter)
4. Tequila – agave plant & depending on use can be aged or not. Usually colorless, unless special aging.
Types: regular (mix drinks), Anejo (shots)
5. Vodka – clear, odorless, tasteless, & distilled from grain, potato, molasses & unaged.
Types: flavored (american), straight, Zubrovka (buffalo grass herb)
6. Whiskey – biggest variance other than brandy. Distilled from a grain mix (important!) & aged in oak. The grains make the variance; corn, rye, barley or wheat.
Types: American – Bourbon (51% corn mash) in charred oak; Rye (51% rye mash) aged in oak; Corn (80% corn mash) aged in recycled charred oak; Blended straight & neutral grain spirits
Irish – blended barley & grain whiskeys with malt dried in kilns. Full bodied & not smoky in taste
Scottish – Scotch is barley & malt dried over peat for smokiness
Canadian – blended grains, not sold in US